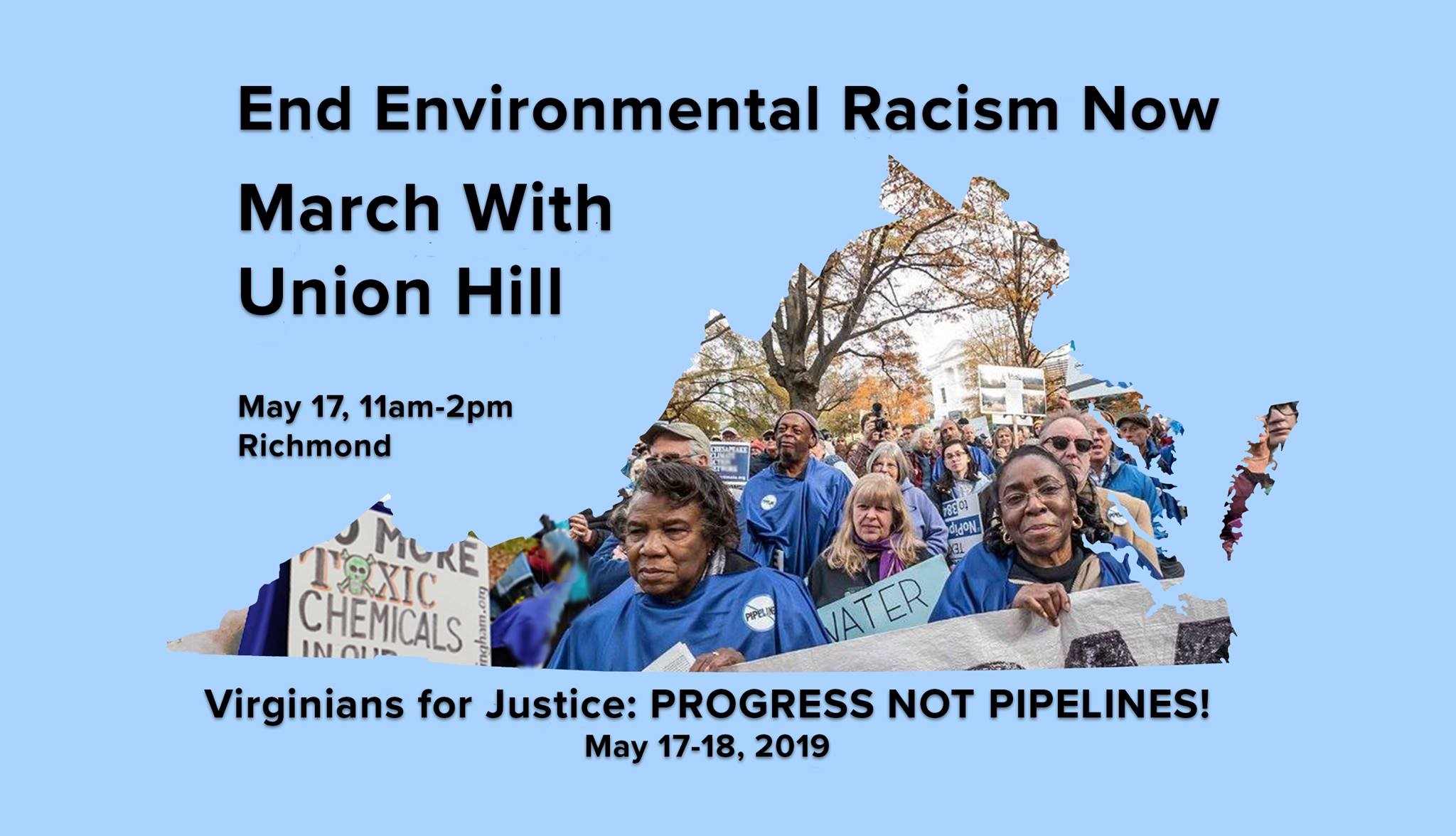 Join members of the Union Hill community and others as we rally with Rev. William Barber II in Richmond. We’ll march across the Robert E. Lee Bridge along the same route where 51 years ago, almost to the day, civil rights activists marched during Martin Luther King Jr.’s historic Poor People’s Campaign for economic justice. This year, we’ll be marching for environmental justice in Union Hill, a historic black community in Buckingham County targeted for the Atlantic Coast Pipeline’s massive Virginia compressor station, and to stop all fracked-gas infrastructure in the state.

On Saturday, we’ll head up to a rally in Leesburg to call on Attorney General Mark Herring to take every action within his power to halt construction on the Mountain Valley Pipeline. All work on the pipeline should stop while the Attorney General’s enforcement case against the pipeline company is pending, and we will encourage Mr. Herring to pursue his lawsuit against MVP to its fullest and to affirm Virginia’s authority to revoke the pipeline’s certification. Speakers include Karenna Gore, Delegate Sam Rasoul, Delegate Chris Hurst, Professor Emily Hammond of George Washington University, as well as landowners and organizers from along the proposed pipeline route.