A Canadian mining company, Aston Bay Holdings, has been exploring Buckingham County, VA for the establishment of a large, open-pit gold mining operation.  Though the company began drilling exploratory holes in 2016, plans for the mine did not come to light until quite recently.  The Buckingham County Planning Commission and the Board of Supervisors will conduct a public hearing on the proposed project on Tuesday, October 13 at 6 p.m.  The hearing can be accessed virtually with this link.  For information on how to file comments or present comments during the hearing, click here.

The site of the proposed mine is located along the route of the now-cancelled Atlantic Coast Pipeline, between the Union Hill community and Yogaville.

Friends of Buckingham, an ABRA member, said in its newsletter this week:

The proposed mining operation is located within 2 miles of the James River and several streams that pass through or proximate to the mining site flow into the James. 2.7 million people – nearly one-third of Virginia’s population – rely on the James River for water, making it the state’s largest source of drinking water. As one can see from the photo below of the Halle Gold Mine, located in Lancaster County, South Carolina, gold mining operations are immense. 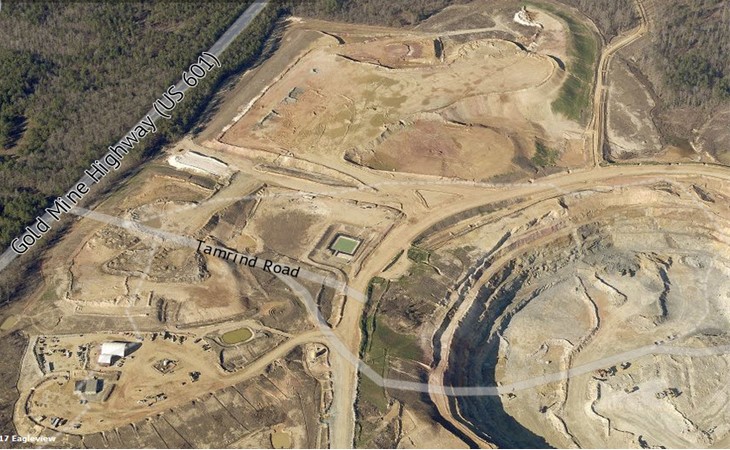