The routes of the Atlantic Coast Pipeline (ACP), as well as the Mountain Valley Pipeline (MVP), pass through the most landslide-prone landscape in the United States, according to a new study released June 11 by the Allegheny-Blue Ridge Alliance (ABRA).

Landslides & the ACP examines the hazards accompanying landslides and pipeline construction and evaluates the issue as it specifically relates to the ACP.  The study concludes that the “potential for landslides along the ACP route, and the threat they present to affected communities and water supplies due to sediment runoff and debris flows, were inadequately evaluated by the regulatory agencies responsible for issuing the project’s required permits.” 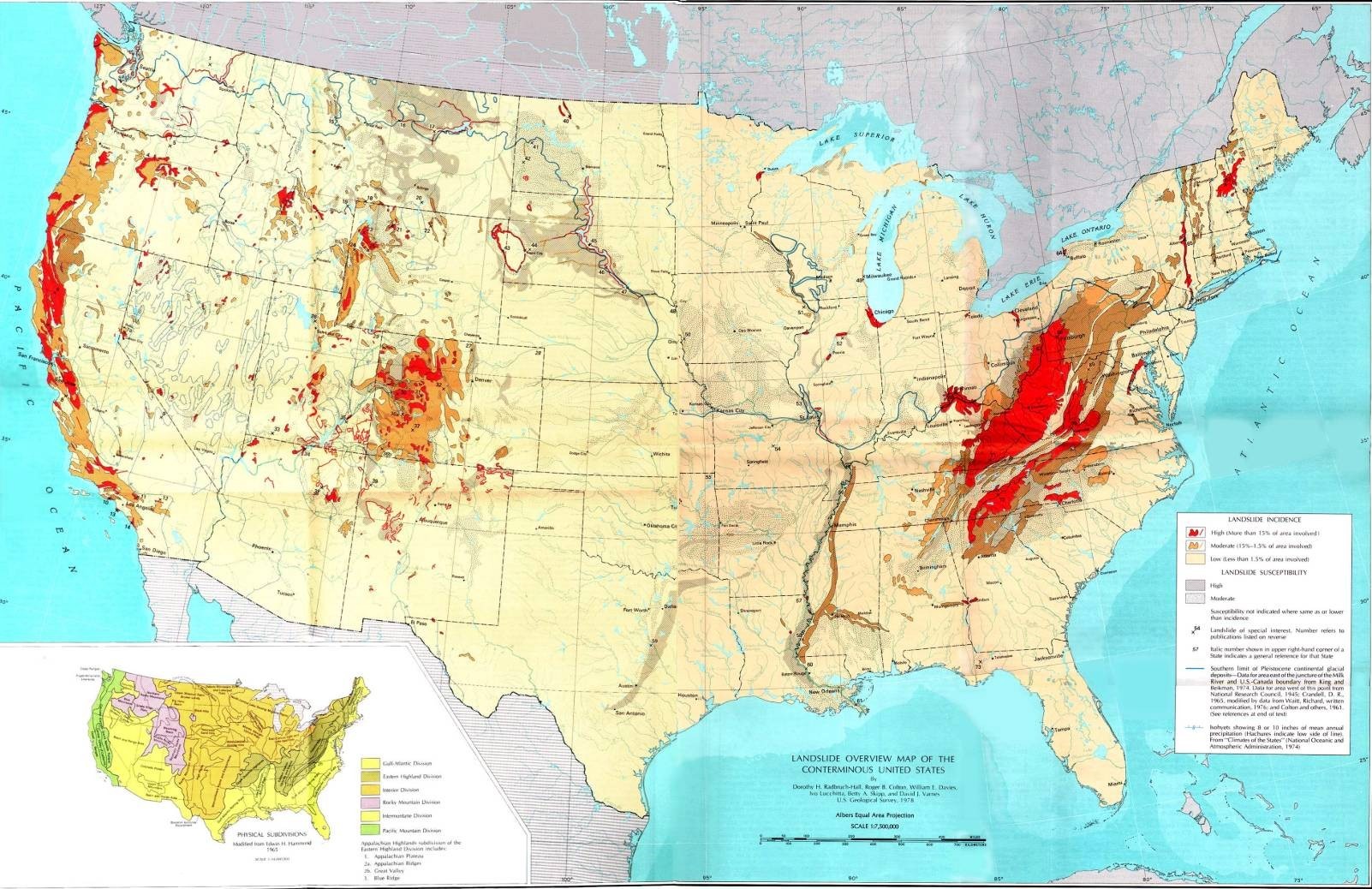 US Geological Survey (USGS) Map – frequency of, and susceptibility to, landslides. Red areas have
the highest rates of landslide incidence (15%+ of area involved). Areas with dashes reflect high
landslide susceptibility.

Several examples of landslide resulting from earth disturbances caused by pipeline construction are included in the study.  It also points out that landslides can occur long after there is an earth disturbance due to the fragile topography and unusually steep slopes of the central Appalachian Mountains in Virginia and West Virginia.  The study cites a current study of landslide incidents that occurred in Nelson County, Virginia and western Albemarle County, Virginia as a result of Hurricane Camille in 1969.  In the ensuing 50-years, there have been nearly 6,000 identifiable landslide incidents attributable to earth disturbances caused by Camille.  In other words, once the terrain of these mountains is disturbed, there is a long-term impact on their stability.

Landslides & the ACP explains that the route for the ACP was chosen before the sponsoring companies, Dominion Energy and Duke Energy, had conducted analyses of the impacts the project would have on the fragile Appalachian topography.  In rushing to a judgment about a route for the pipeline before fully evaluating its stability risks, Dominion and Duke failed to follow industry guidelines for constructing pipelines in terrain with steep slopes.

Regulators, legislators and other officials at the federal state and local levels who have had a role in making or influencing decisions on the construction of the Atlantic Coast Pipeline are strongly urged to reexamine and correct those decisions that helped launch this project.  It is not too late to avoid the catastrophe that the ACP will surely bring to the Appalachian Highlands should its construction proceed, and operations begin.

A copy of Landslides and the ACP is available by clicking here.