The focus on environmental consequences of the Atlantic Coast Pipeline(ACP) has largely centered upon impacts on water resources and plant and animal species.  Recent work done by the Dominion Pipeline Monitoring Coalition (DPMC) has broadened that concern to an examination of the effect the ACP would have on the many mountain ridges that the project would cross.

Dominion Transportation, Inc., managing partner for the ACP, has indicated in resource filings it has made with the Federal Energy Regulatory Commission that in several locations in the mountainous areas of the route the pipeline would run along the tops of mountaintop ridges, in some instances for up to at least a mile.  Because many of these ridges are very narrow and formed by very steep slopes, to achieve the width of land necessary to construct the pipeline, it would be necessary to remove the tops of these ridges, perhaps by as much as 50 feet of elevation.  It is estimated that there are over 20 locations on the ACP route where mountaintop removal would be necessary.

The serious impact of removing such ridgetops is two-fold: 1) the visual impact it would have in altering the scenic view would be significant; 2) the earth and rock removed from the ridgetops would seriously exacerbate the already large concern of erosion and sediment control associated with the project.  Dominion has so far been vague about how it intends to manage this problem (see the ABRA Update story from issue #119 on the company’s lack of responsiveness to the U.S. Forest Service). 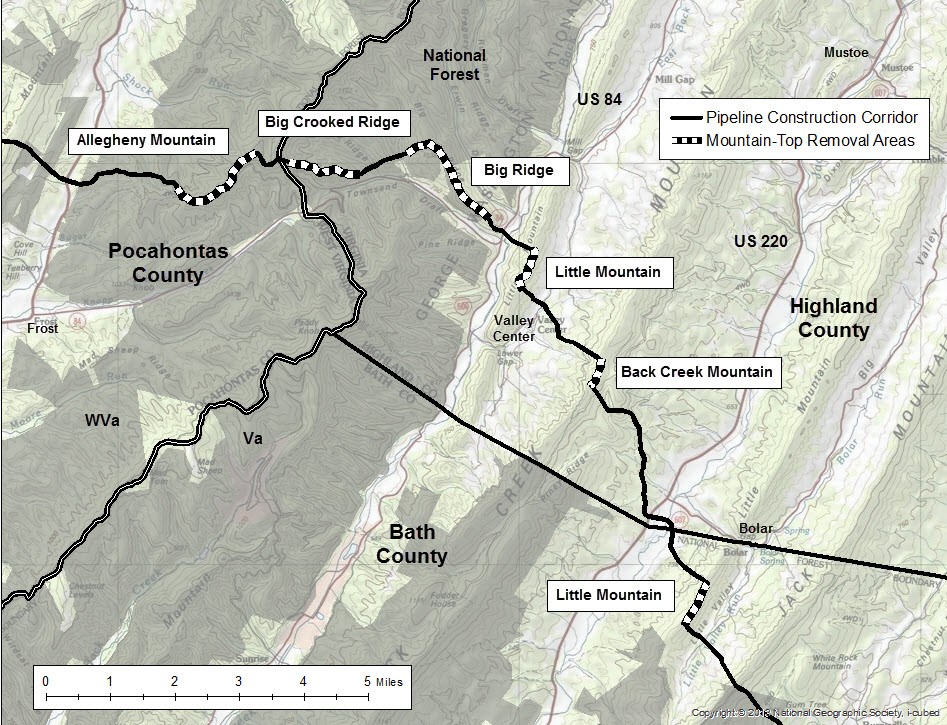