What is the ACP?

The Atlantic Coast Pipeline (APC) is a natural gas pipeline project that has been proposed by Dominion Resources, Duke Energy and their partner companies.  It would carry natural gas from the Marcellus Shale field in central West Virginia through Randolph and Pocahontas Counties, into Virginia through Highland, Bath, Augusta, Nelson and Buckingham Counties, and then on to southeast Virginia and terminating in southeast North Carolina.  The major rationale for the project, as announced in September 2014 when the project was first proposed, is that there is an abundant supply of natural gas that needs to be carried to electric utility plants in the southeast that need a cleaner fuel to replace coal as a generating fuel. It is further claimed to be a benefit to the affected communities because it would create jobs and economic benefits. 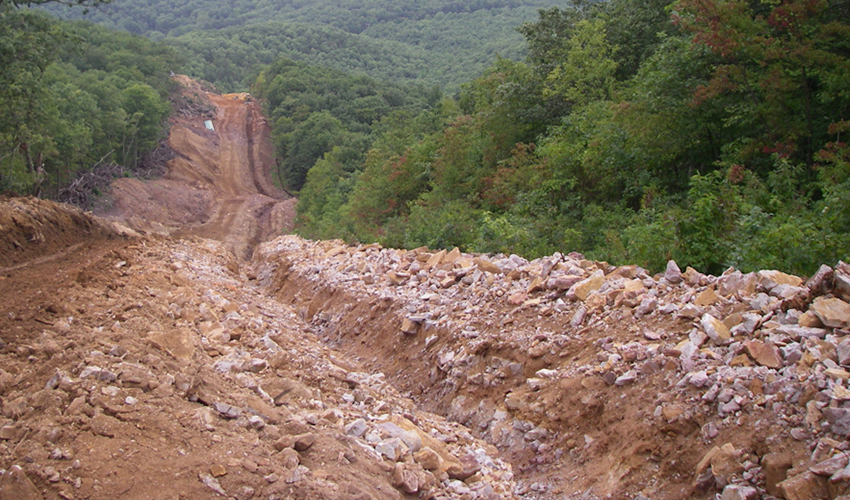 The Federal Energy Regulatory Commission (FERC), with input from cooperating federal agencies (e.g. National Forest Service, Department of Interior and others), will make the final decision on whether the pipeline receives a permit to be built.  FERC is currently receiving comments on a Draft Environmental Impact Statement (DEIS) to help the agency determine whether the project merits approval. The comment deadline is April 6, 2017.  More information on the DEIS is available at www.abralliance.org.
The Issues

The proposed pipeline, 600 miles in length, would be 42 inches in diameter, requiring excavation of an 8 to 12-foot-deep trench and a 125-foot-wide construction corridor. It would traverse steep mountain slopes and fragile karst topography, presenting a potential hazard to regional water supplies but without benefit to the communities and citizens it would affect.

The Allegheny-Blue Ridge Alliance, a coalition of 51 organizations in Virginia and West Virginia, disputes the avowed need and appropriateness for the APC because:

Those who wish to comment on the Draft Environmental Impact Statement are urged to do so by April 6, 2017 by writing the Federal Energy Regulatory Commission.  Indicate that comments regard Docket No. CP15-554.  Send them as follows:

Be sure to send copies to your Congressman and United States Senators.  They need to hear what you think of the proposed Atlantic Coast Pipeline.